9 Phobias That Are Surprisingly Common—U.S. News and Worl Report —Slideshow about phobias 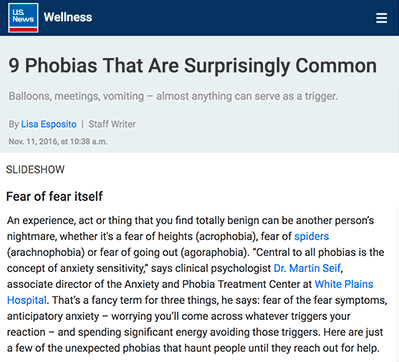 Radio Interview on Sirius Radio
Dr. Martin Seif talks about Fearful Fliers, Fear of Flying, and how to overcome your fear of flying. Listen Now >> 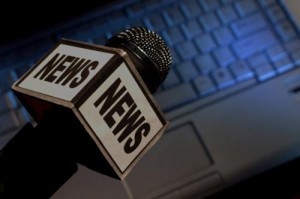 Interview on Radio Times, WHYY Radio, on “Why We Fear Flying” Listen Now >> 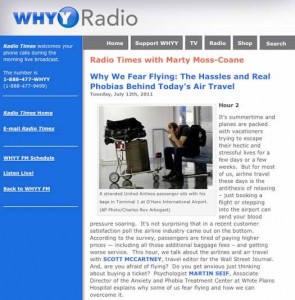 Why Air Travel Is Actually Much Safer Than You Think 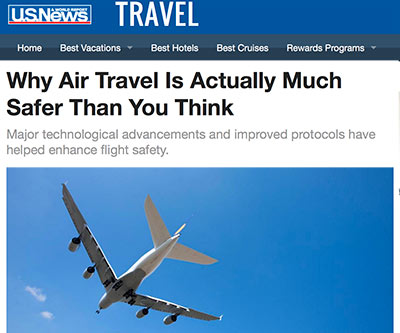 Flying is one of the safest forms of transportation – believe it or not.
In spite of a series of high-profile incidents making headlines since 2014 – from the AirAsia Flight 8501 tragedy to the disappearance of Malaysia Airlines Flight 370 – air travel safety is improving. According to the International Air Transport Association, in 2015 only 1 in 3.1 million global flights resulted in an airline accident, a 30 percent decrease from flights assessed from 2010-14… Read More>>

Breaking the Rules with Our OCD Clients 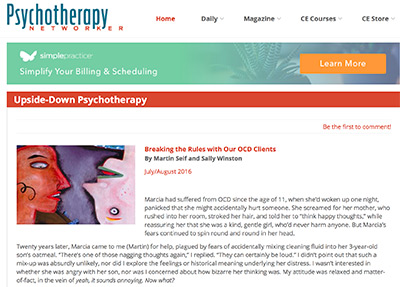 Marcia had suffered from OCD since the age of 11, when she’d woken up one night, panicked that she might accidentally hurt someone. She screamed for her mother, who rushed into her room, stroked her hair, and told her to “think happy thoughts,” while reassuring her that she was a kind, gentle girl, who’d never harm anyone. But Marcia’s fears continued to spin round and round in her head. Read More>>

Passengers behaving badly: The real reason we freak out on planes. 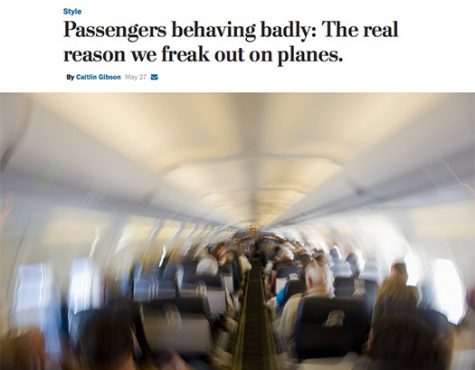 lanes: They’re where we get drunk. Where we brawl. Where we disable the restroom smoke detectors and light cigarettes. Where we glare at crying children. Where we jam our knees into the backs of the fellow travelers who dare recline their seats. Where we allow our racial paranoia to imagine terrorist threats in the seats around us — a man taking a nap before takeoff, a college student speaking Arabic on the phone, an Ivy League economist scribbling some differential equations on a notepad. Read More>> 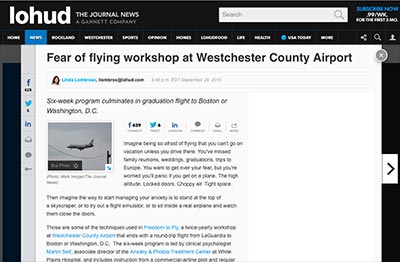 lohud
Published September 2015
By Linda Lombroso
Imagine being so afraid of flying that you can’t go on vacation unless you drive there. You’ve missed family reunions, weddings, graduations, trips to Europe. You want to get over your fear, but you’re worried you’ll panic if you get on a plane. The high altitude. Locked doors. Choppy air. Tight space. Read more>>

How I Got Over My Fear of Flying 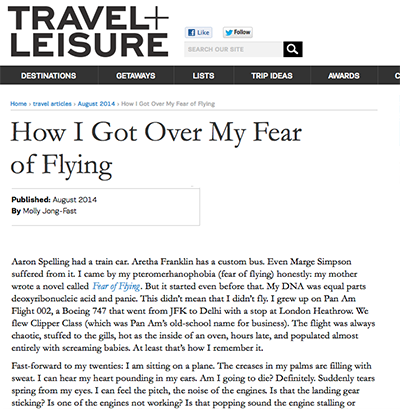 Aaron Spelling had a train car. Aretha Franklin has a custom bus. Even Marge Simpson suffered from it. I came by my pteromerhanophobia (fear of flying) honestly: my mother wrote a novel called Fear of Flying. Read more>>

Fear of Flying, Explained (And How You Might Be Able to Overcome It) 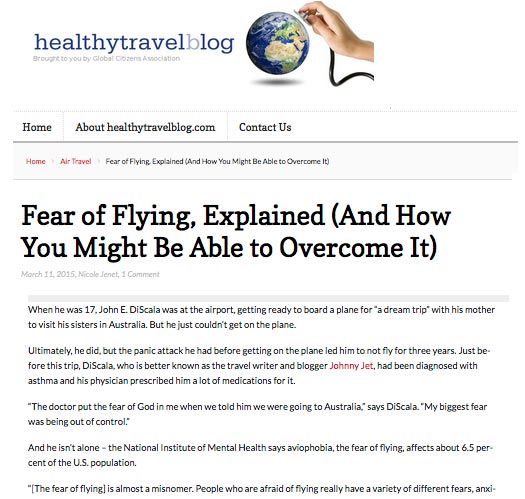 When he was 17, John E. DiScala was at the airport, getting ready to board a plane for “a dream trip” with his mother to visit his sisters in Australia. But he just couldn’t get on the plane. Read more>>

The Many Guises of OCD 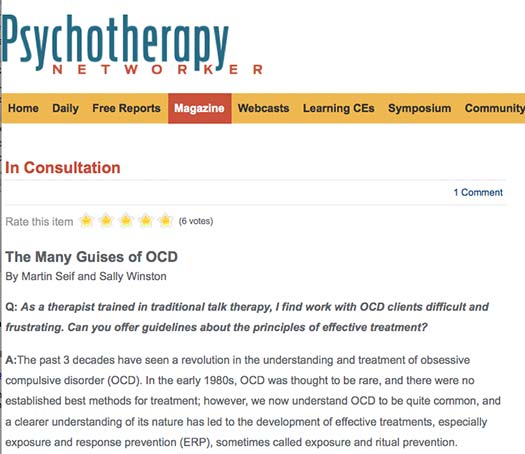 Q: As a therapist trained in traditional talk therapy, I find work with OCD clients difficult and frustrating. Can you offer guidelines about the principles of effective treatment?
Read more>>

Travelers conquer their fears of flying at airport program

From Lohud.com
November, 2012
BY THERESA JUVA-BROWN

Chris Bruno’s panic problem began before he ever stepped foot on a plane. As a boy growing up in Yonkers, Bruno worried that if he didn’t sit on a certain side of the school bus, it would tip over. When he flew on a plane for the first time as an adult, it brought his fear of losing control to new heights — literally. Read more>> 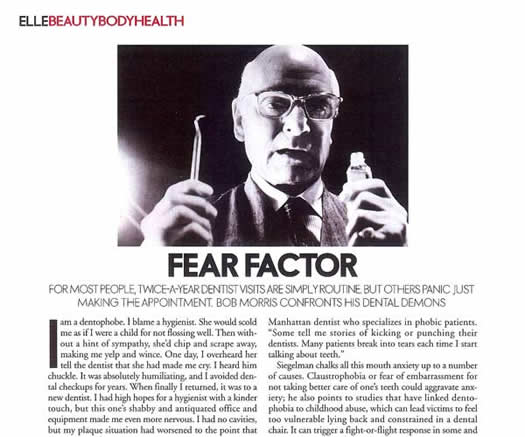 I am a dentophobe. I blame a hygienist. She would scold me as if I were a child for not flossing well. Then without a hint of sympathy, she’d chip and scrape away, making me yelp and wince. One day, I overheard her tell the dentist that she had made me cry. I heard him chuckle. It was absolutely humiliating, and I avoided dental checkups for years. Read more>>

A spate of highly publicized emergency aircraft landings in the past three weeks may be enough to elevate apprehension in some travelers who fear flying, psychological experts say. Read more>>

The anxiety disorder can interfere with your daily routine and life in general. But you can learn how to manage those obsessive thoughts and compulsive behaviors. Read more>>

Are You Afraid To Fly?

Here’s some info. Share w/us your thoughts on flying. Do you fear flying or traveling in general? Do you have any tips or tricks that will help us? Thx, jan Read more>>

How to Handle Panic Attacks

It may seem hard to get a grip on anxiety during a panic attack, but learning the right techniques can help you get your anxiety back under control Read more>>

Phobias are bullies, and the fear of flying is a tough one. This is what I learned when I talked to Dr. Martin Seif, a psychologist, and two people who had not flown in years before taking a class in overcoming their fears. Justin Tolbert of Yonkers had flown a lot as a kid, but had been unnerved nine years ago by a severely turbulent flight home from college in Atlanta. After that, he made his trips back and forth to school “on Greyhound, driving, Amtrak, you name it,” the 27-year-old said. Read more>>

Managing Day-to-Day With Agoraphobia
Severe panic disorder can lead to agoraphobia, a fear of places that can leave you a prisoner in your own home.

People who suffer from frequent panic attacks are constantly afraid of having another one, and will often steer clear of places where they’ve had a panic attack before. Eventually, they may become so terrified of having a panic attack in public that they avoid leaving the house altogether. This severe, disabling fear reflects an anxiety disorder known as agoraphobia. Read more>>